Family Flicks Coming to Theaters Near You! 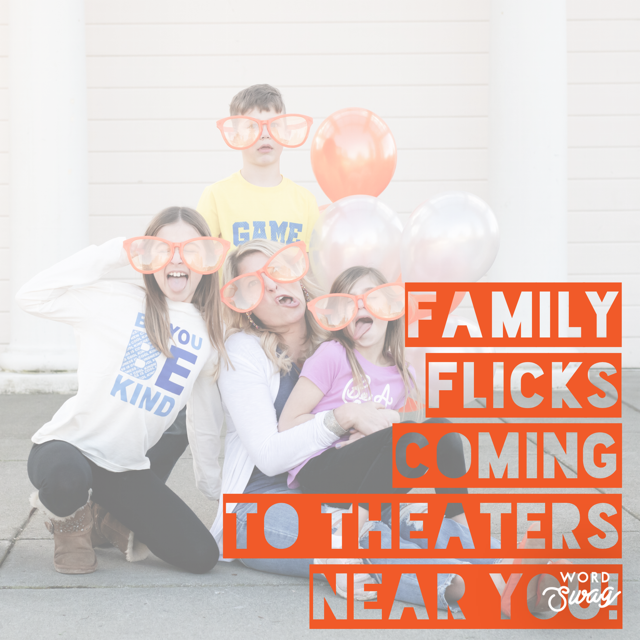 With 3 kids, 2 girls and a boy, we have a rough time deciding on what moves to see… looks like this year we will have quite a few good ones to chose from. So get ready to read through the most buzzed about new movies that are headed our way for 2020! 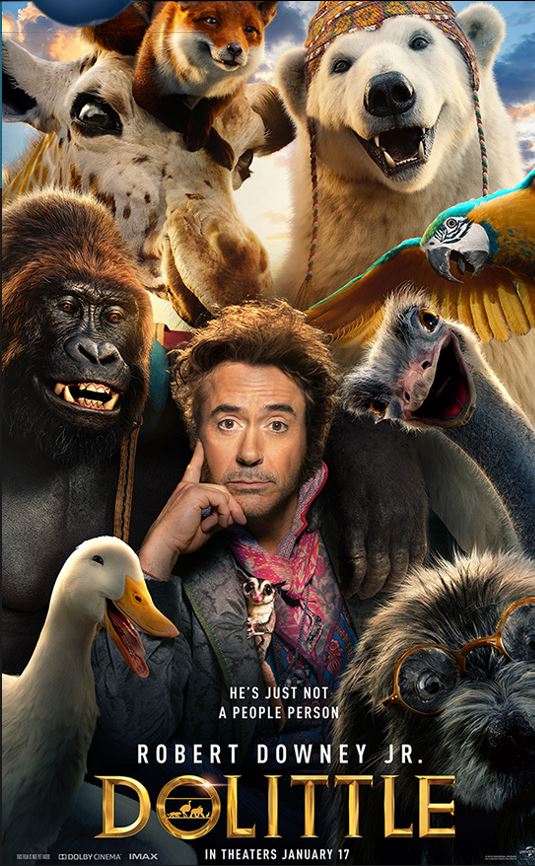 This is the third adaptation based on the Doctor Dolittle character since the classic 1967 film that starred Rex Harrison and 1998’s version with  Eddie Murphy. This time it’s Robert Downey Jr. who talks to the animals in a reimagining of the story. 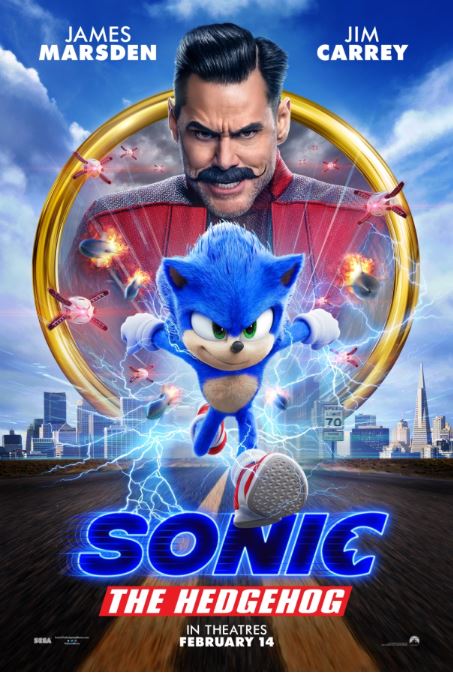 Based on the Sonic video game, Sonic has traveled to earth to hide from Dr. Robotnik (Jim Carrey) and asks a small-town sheriff (James Marsden) for help. 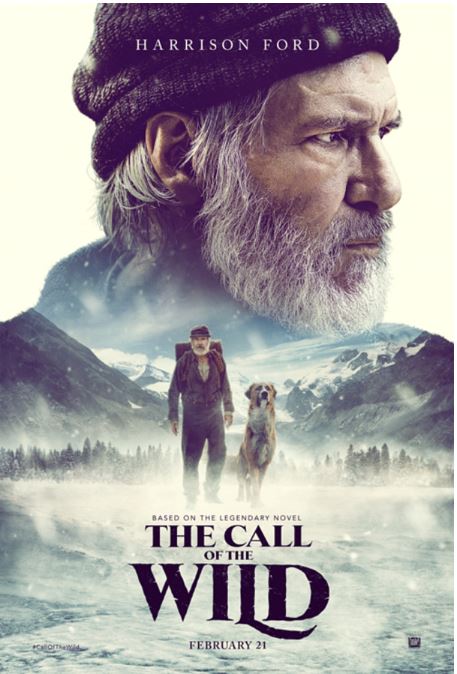 This film brings to the screen the story of Buck, a  big-hearted dog whose blissful domestic life is turned upside down when he is suddenly uprooted from his California home and transplanted to the exotic wilds of the Alaskan Yukon during the Gold Rush of the 1890s. 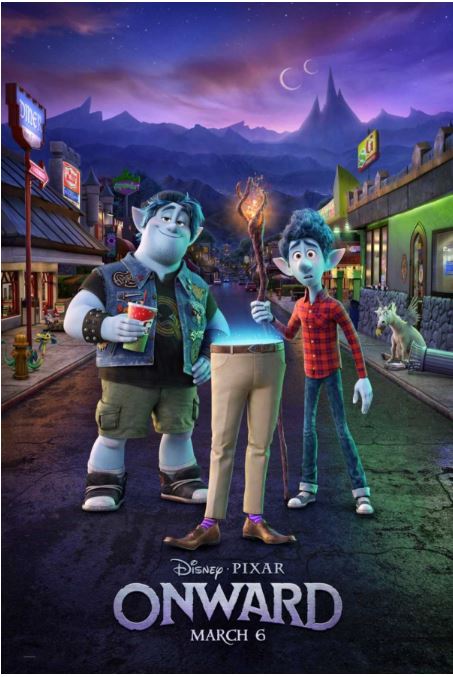 This new adventure is set in a suburban neighborhood in a fantasy world where modern-day fairies, unicorns, mermaids, dragons and more live together in a land with no magic. But that’s about to change for one family when two teenage elves, Ian and Barley Lightfoot, embark on a quest to find magic that will allow them to see their deceased father one more time. Disney and Pixar have a good track record for providing entertaining family fare, and we don’t expect anything less with this new movie. 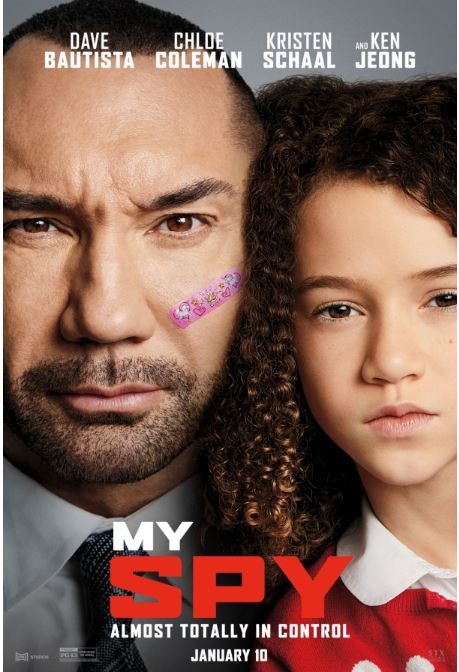 My Spy follows JJ, a hardened CIA operative (Dave Bautista) who has been demoted and finds himself at the mercy of a precocious 9-year-old girl named  Sophie (Chloe Coleman) when he has been sent  undercover begrudgingly to monitor her family. 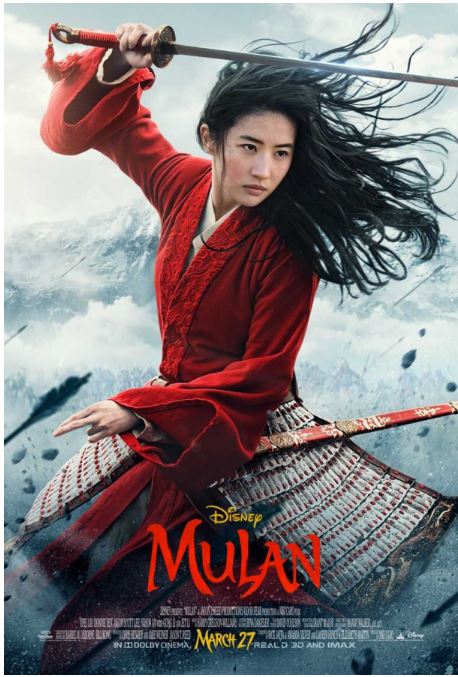 Disney’s new live-action version of Mulan appears to be a faithful  adaptation of the animated film. It features a fearless young woman who risks everything out of love for her family and her country to become one of the greatest warriors China has ever known. 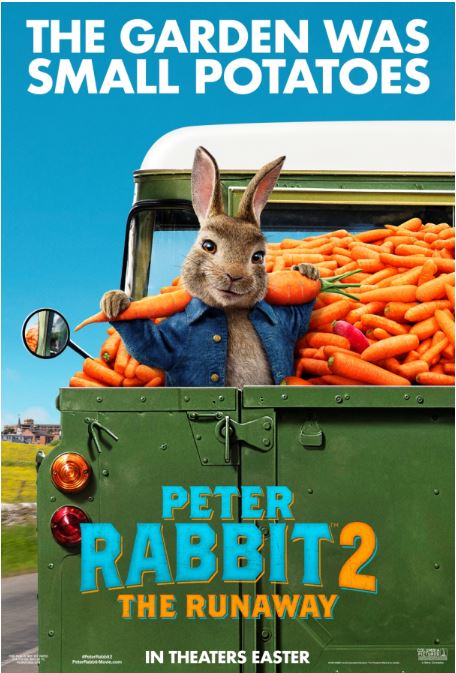 Oh, that lovable rogue is back. Like the first film, this sequel doesn’t have the same tone that the original Beatrix Potter’s book did, but kids love him. In the new movie, Bea, Thomas, and the rabbits have created a makeshift family, but despite his best efforts, Peter can’t seem to shake his mischievous reputation. Adventuring out of the garden, Peter finds himself in a world where his mischief is appreciated, but when his family risks everything to come looking for him, Peter must figure out what kind of bunny he wants to be. If you liked the last film, you’ll probably like this one too but expect some rude humor.

Trolls may not be everyone’s cup of tea, but the first movie was popular enough to warrant a sequel and at least the music is catchy. This time around, Poppy (voiced by Anna Kendrick) and Branch (Justin Timberlake) discover that they are one of six different types of Troll tribes located in six different lands and of course, they each prefer their own brand of music. Ozzy Osburne (we’re not kidding) is the villain this time playing the role of King Thrash who is bent on destroying all other kinds of music. This film will introduce little ones to different styles of music including funk, country, techno, classical, pop and rock in this animated adventure. 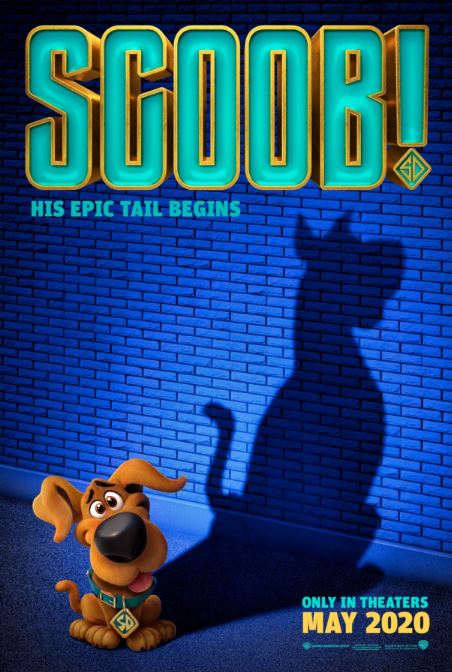 Scooby-Doo is back, and this time the movie promises to be a lot more family-friendly. The movie is sort of a hybrid showing how Scooby and Shaggy first met, how they met Fred, Daphne and Velma, and how they solved their first case.

The new adventures of Wonder Woman happen in 1984 with Diana Prince facing two new foes: The Cheetah (Kristen Wiig) and Maxwell Lord (Pedro Pascal). Plus, Steve Trevors is back, but we’re not entirely sure how that happened. Truth? This is about all we know about the movie as of yet. Though many DC Comics movies are dark, the first Wonder Woman didn’t follow suit, and this one looks to be just as uplifting.

Ever wonder where your passion, your dreams and your interests come from? What is it that makes you… YOU? This new film by Pixar Animation Studios promises to take the viewer on a journey from the busy streets of New York City to the cosmic realms to discover the answers to life’s most important questions. Directed by Pete Docter, who also directed Up and Inside Out and because of that, we know that Soul will have lots of “heart.”

The movie stars Dwayne  Johnson as a riverboat captain/ tour guide offering super cheap cruises along the Amazon rivers and providing special effects to elevate the experience. Although his fake adventures turn real when an explorer (Emily Blunt) hires him to help her locate a rare plant that offers special healing powers.